Or leave us a private message
No similar topics found.
No topics

Hi everyone. Is there any plan to add bluetooh on VX-1? It will be available on the shop as an external part for already selled bikes?.

Carlos Oliveira 4 months ago • updated by 2 months ago • 32
Hello all.
I've been trying to contact Vectrix team for help with no success, so I decided to place my message public to see if someone can misleading some doubts I have.
My VECTRIX-VX1 has suffered a problem with the wire battery temperature sensors (both front and rear) which burned. This affected the CAN bus on the Controller board but I believe that I already solved this problem with some components I replaced.

I also noticed that the charger is not charging but according with my understanding, this might be due to the lack of temperature information, from the battery sensors to the charger and the charger itself might be ok, is that right?

In the meantime, I ordered a new wire battery temperature board and is my intention to replace the damaged wiring with the new one. However, my concern is that probably this new board needs to be programmed and I don’t have the means to do it (CANBus/USB converter). I sent an email to Vectrix team asking if it would be possible to pre-program this board (for NiMh batteries), before they send it to me but till now, they didn’t answer my question.

Those boards are sent "empty" and then will be programmed via CAN, right?
Does anybody knows if it can be pre-programmed, according with the firmware version referred by the buyer?
Is there any other way to program these boards, other than via CAN (for example, programming the PIC16F677 directly with a dump)? Thank you!

a friend of mine has bought an used VX-2. Since he has a motorbike drivers licence he is interested in having more than 45 km/h. Is there a legal possibility to upgrade the scooter to 75km/h with COC documents (or something similar) for registration in Germany? The previous owner (a german E-scooter dealer) mentioned this, but unfortuneately he let us down after sale :-(.

Current state of my Vectrix + plans

Following the idea of other improvements you have developed for our Vectrix motorcycles, I here by suggest the addition of a heated grip kit to your shop.

Personally I love the idea of adding the Tecno Globe Gold heated grips, with integrated switch in the left grip, to my beloved VX-1.

Riding my vectrix about 80 km/h in road my MC is working at 48ºC but if a ride up hill in mountain road with about 7-12% ramp and 50 km/h MC reaches about 54-57 ºC and about few seconds - 1 minute later decrease at 48ºC....What is the limit working temperature of MC? Is this temperature normal? Have MC a temperature limit where stop for security?
Thanks
Vote

The the connectors between power plug and charger seem to fit , i assume the pinout is correct , please correct me if i am wrong .

There  are to thick cables red and black witch i assume i have to connect to the battery terminal , is it so?

There is also a 4 pin connector labeled

where do i have to connect it?

what do i do with the purple connector, marked ICM and battery charger ? 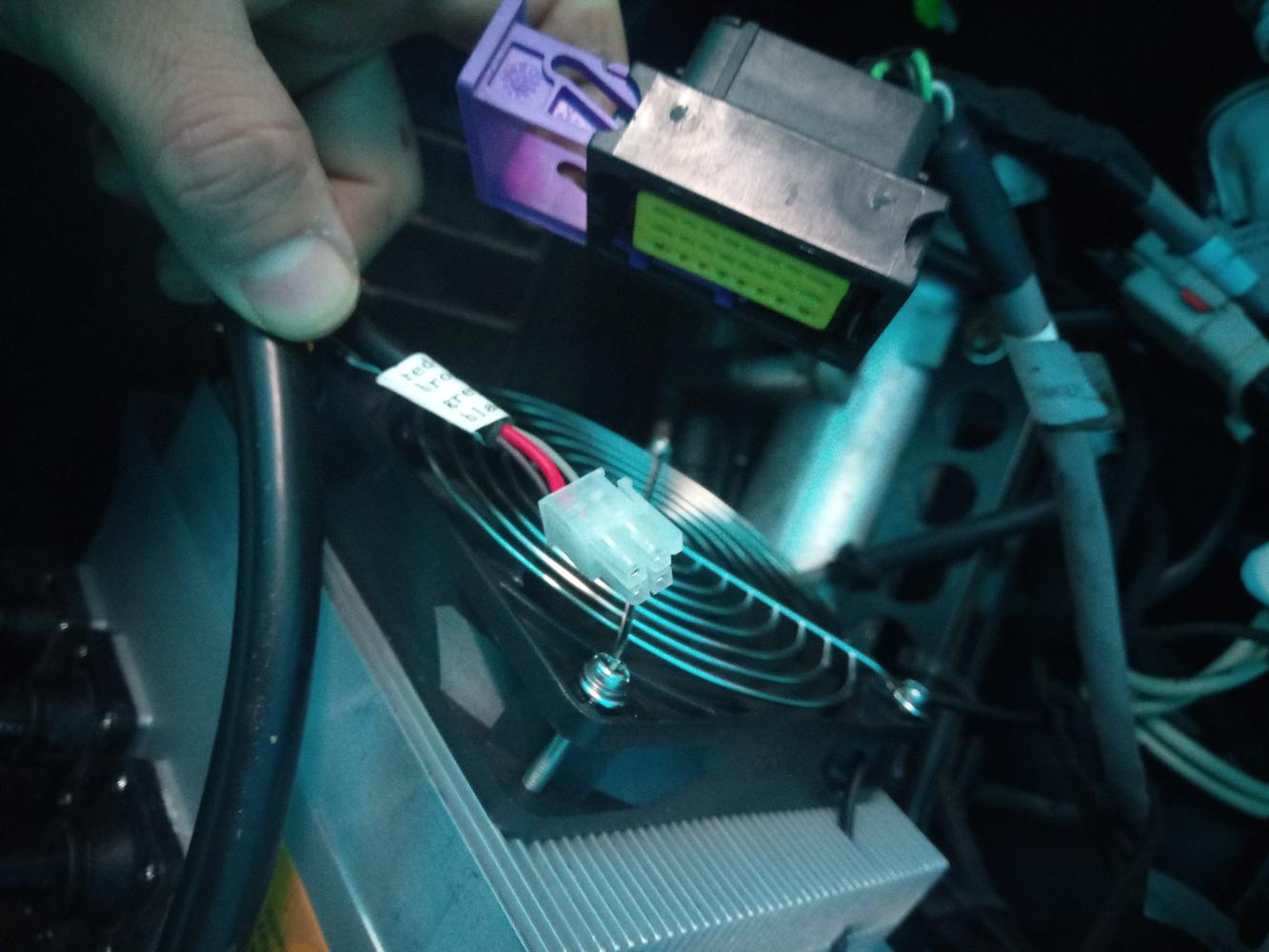 Parts for 2008 scooter in united states?

Can I still get parts for a 2008 vx2? I am in the United States. I just bought 2 scooters that have missing keys. I'm not sure what condition the batteries would be in if they have been sitting for a while.

many thanks for your support.

can you help me?